The Adeptus Mechanicus have wrought their skills of melding flesh with machine by bringing the next wave of reinforcements to battle in the name of the Omnissiah. Kataphron Battle Servitors relentlessly advanced on their metal caterpillar tracks, able to transverse any terrain and crush any foe beneath their bulky metallic bodies. Mindless, unrelenting killers, no longer human, but lobotomised servitors, their flesh melded with circuits, cables and metal, attached to massive tracked bodies for the purpose of destroying their controllers enemies with multiple destructive guns.

This duel kit allows you to make either three Kataphron Destroyers or three Kataphron Breachers, both of which have different wargear, weapons and equipment to perform their roles and help bring victory to their masters.

Kataphron Breachers are clad in heavy plate armour providing extra protection at the front of the advance. This allows them to weather the enemies fire over the battlefield and in tighter quarters of ship corridors and bring their high powered short range guns to bare, servo arms and breacher charges to open up attack positions in the enemy defences. Living battering Rams.

While the Kataphron Destroyers use the protection of the breachers bring up the rear of the advance with bigger, heavier destructive guns, such as the plasma culverin or heavy grave-cannon that can obliterate squads of enemy infantry with a single barrage, even squads of Space Marine terminators.

Covered in metallic plates, cables and icons, this is an essential unit for any Mechanicum player or collector. 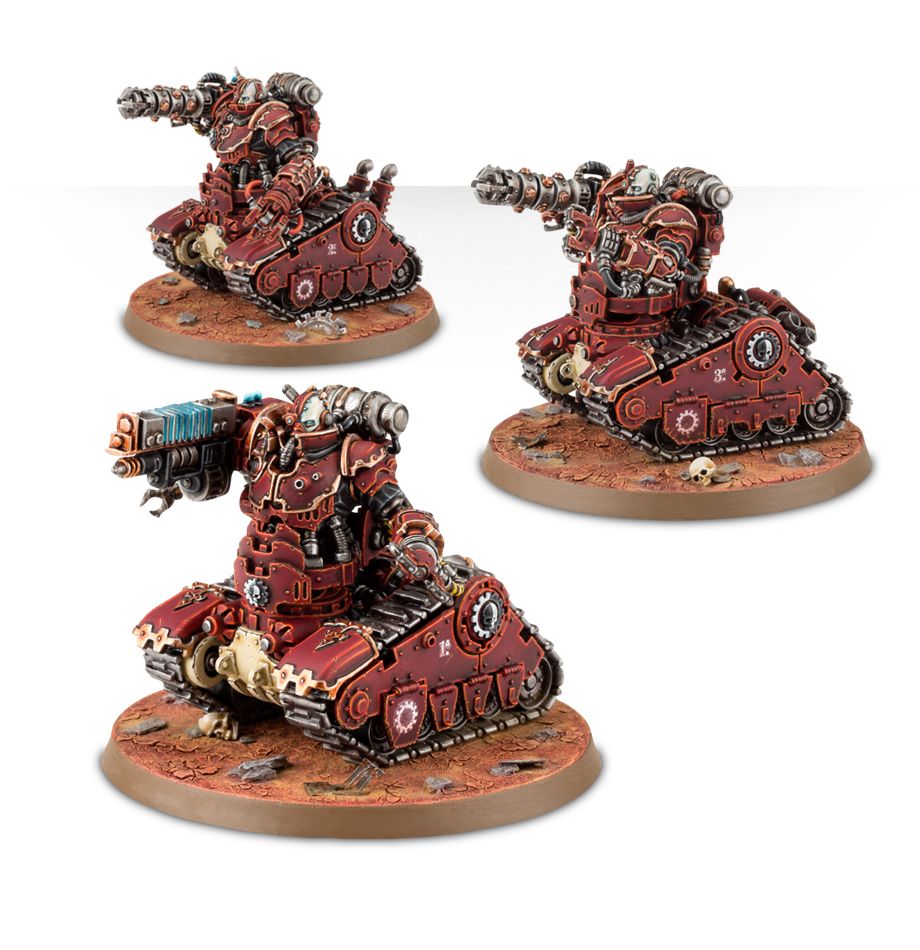