As the Horus Heresy rages across the galaxy, the ground shakes where mighty Battle Titan maniples march to war. A destructive force of cataclysmic scale, each maniple contains multiple Titans of the Collegia Titanica, working together under the command of a Princeps Seniores to bring ruin and death to the enemy.

The Precept maniple rose to prominence during the Horus Heresy, where there was an ever-present need for firepower capable of quickly laying opposing Titans low. Combining the strengths of Battle Titans and Scout Titans, the Precept maniple proved its worth on countless battlefields across the Imperium.

This boxed set contains everything you need to add a maximum-strength Precept maniple to your Adeptus Titanicus collection, making it an ideal starting point for a would-be Princeps, as well as an ideal expansion to any existing army. It includes a towering Warlord Battle Titan and versatile Reaver Battle Titan, which form a strong core to your battlegroup. They are supported by two swift and agile Warhound Scout Titans, which can defend the flanks or take the fight quickly to the foe, while an artillery-toting Warbringer Nemesis Titan lobs immense quake cannon shells at the enemy from a distance.

In this set you'll find 534 components with which to build five plastic models:

Each Titan has optional parts for added variety, including heads, tilting shields and carapace plates.

The set also includes 1x 120mm oval base, 2x 105mm oval bases, and 2x 80mm round bases, along with five cardboard command terminals – one for each Titan in the box – and 25 weapon cards, covering weapons options for each god-machine.

Rules for the Precept maniple can be found in the Crucible of Retribution and Loyalist Legions expansions for Adeptus Titanicus. 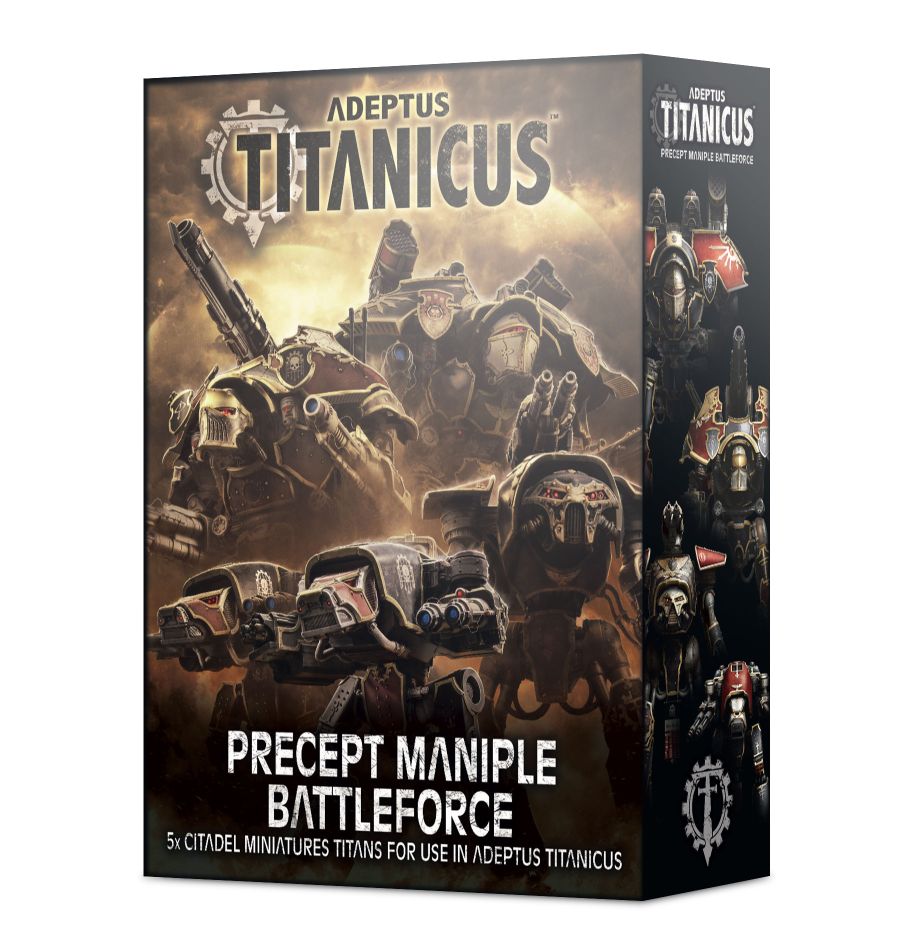