Sworn to Nurgleâ€™s service, Plague Marines have disgusting, rotted bodies that stink of decay. The putrescent slime that oozes from their sores corrodes armour and boils away skin, yet despite their horrific disfigurements they are fearsome warriors indeed. Their rotting brains are inured to the agony of bodily corruption, making them all but immune to the pain or debilitation caused by battle wounds.

This multi-part plastic kit contains the components necessary to assemble a Plague Marine Icon Bearer. Armed with a boltgun, and carrying a plague knife strapped to his backpack, he is dragging an Icon of Despair into the fray, one shaped to resemble the symbol of Nurgle (parts of this symbol being delightfully picked out with a skull and a helmet.) His armour is cracking and rusting due to the sheer force of corruption, and horrible tentacles are oozing from gaps in his right leg. 4 krak grenades are strapped to the front of his armour and, in a lovely touch, he carries a rotting severed head attached to his belt.

This kit comes as 5 components, and is supplied with a Citadel 32mm Round base. 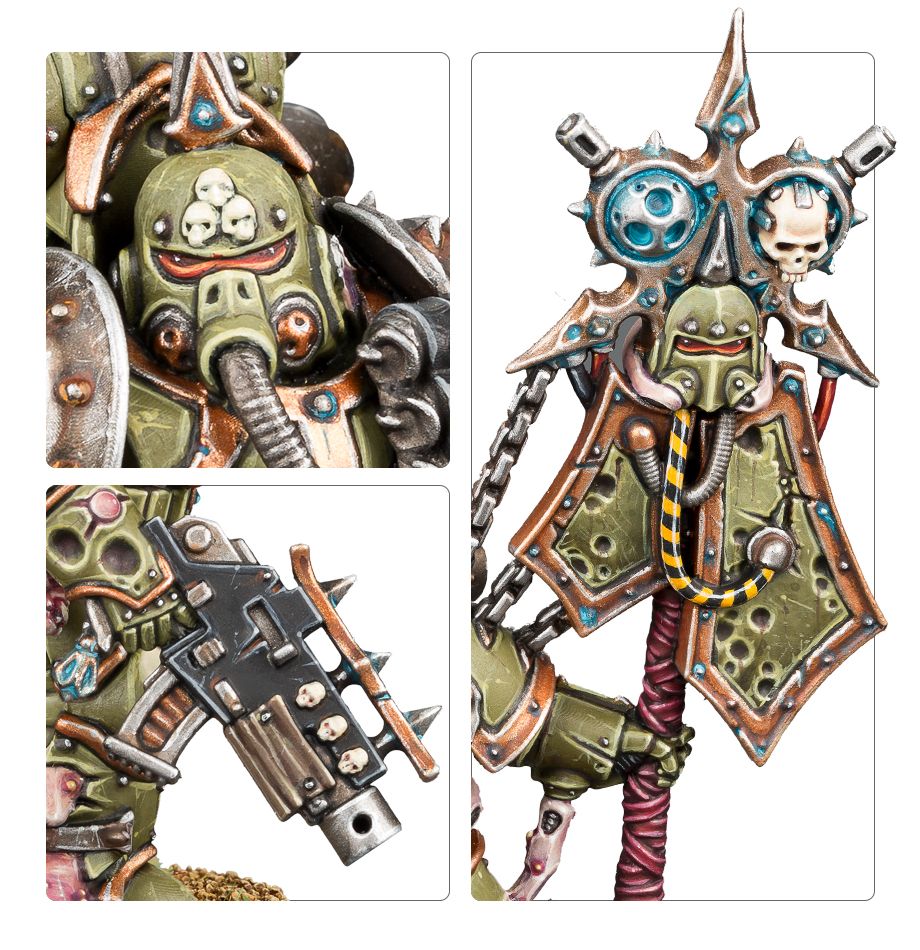