Above all things, the grymkin despise Menoth and his creations. When the infernals invaded and the gods of Caen began to unleash their Archons into the mortal world, it is no surprise that the grymkin viewed the Menite Archon with equal measures of contempt and sadistic curiosity. As the forces of Menoth were embattled, protecting the souls of the faithful from the infernals, the grymkin managed to capture a few Menite Archons and drag them down into their nightmarish reality.

Time passes differently on the other side, so no one can be sure how long these Menite Archons truly suffered for—all that’s known is what emerged after: twisted mockeries of Menoth, clad in blasphemous armor, reading heretical versions of the Canon of the True Law, and borne aloft on wings of screaming flesh. Thus, the Defiled Archons have been set lose on Caen to wreak havoc and punish the wicked.

Defiled Archons are powerful Grymkin solos that excel at spellcasting. In comparison to all other Archons released for other Factions, the Defiled Archon is the “wizard” or, in this case, “evil priest.” Each Archon has innate boosted magic attack and damage rolls, is capable of casting two spells a turn, and can teleport after casting a spell once per activation. This makes the Defiled Archon an unpredictable threat that can be hard to pin down as it flies around the battlefield, Desecrating the ground and burning its foes with Hellfire.

Unlike other Archons, the Defiled Archon does not protect the souls of friendly models but instead punishes enemies who claim souls for their own. Additionally, any model hit by one of the Defiled Archons spells suffers the Arcane Attraction penalty, granting Grymkin warlocks and other spellcasters additional range on their spells when targeting that model. Abilities such as this make the Defiled Archon an excellent addition to any Grymkin army and theme force, and it works well with any warlock in the army such as The Heretic (PIP 76004) or The Dreamer (PIP 76003). 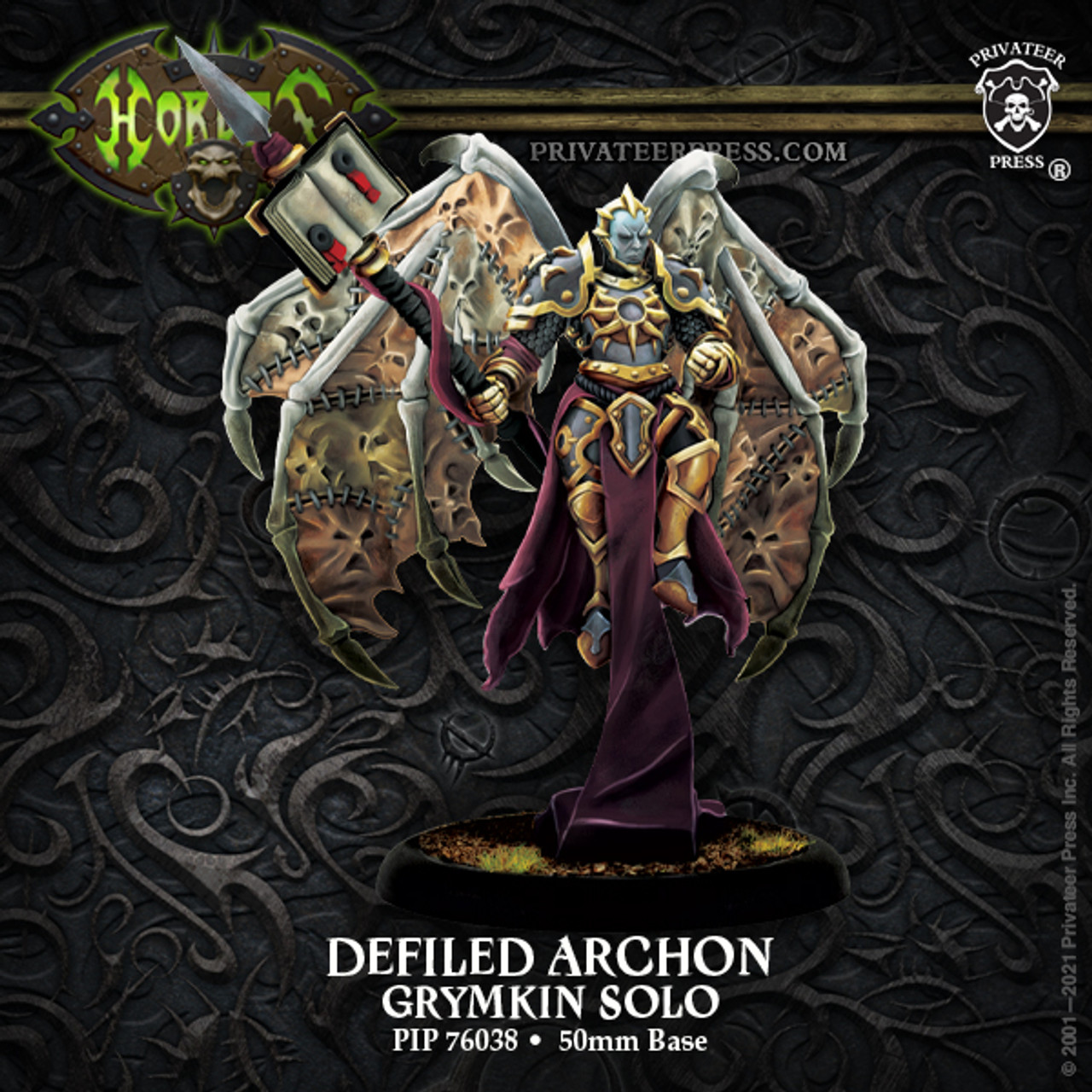