The most badass group you are going to find. Señor Massacre, a mercenary who shoots and cuts up people with his katanas while he knocks them out with his irrepressible prattle. Valkyrie, an unstoppable Nordic goddess who slices people open from top to bottom with her enormous axe. Laxmee, a master combat hacker descended from the Maasai warrior tribes, African ferocity in its purest form. And leading them all, Hannibal, the man with the plan, the strategist who always finds a way no matter how complicated the situation may be.

This box reinforce your Foreign Company, NA2 Sectorial Army, with the hardest, most versatile, and most feared team in the Human Sphere.

These high-quality miniatures made of metal can be used to play Aristeia. 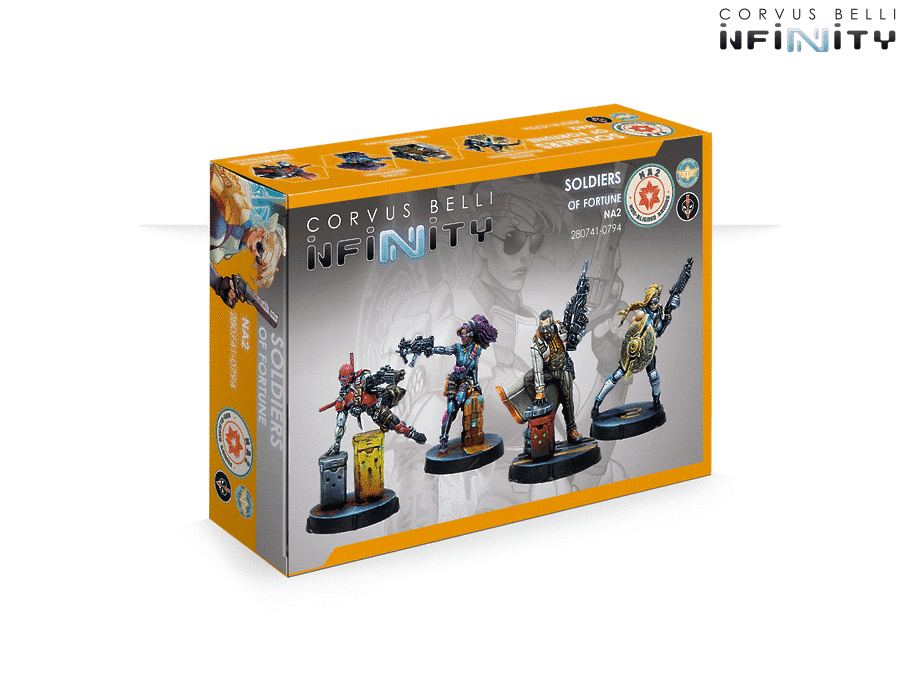