As the battle for the skies rages with a new dog fighting sub-phase being introduced to games of Warhammer 40,000, the Mekboyz of the Orks have smashed, hammered, Zapped and tinkered the only way they know with every bit of scrap they could find to somehow create a new mad-cap flying fortress. The Wazbom Blastajet brings more Dakka to smash the "Humis" out of the sky quicker than an Ork can shout Waaagh.

The Wazbom Blastajet is able to zoom across the battlefield at unlikely speeds and is laden with an array of bizarre and unfathomable weapons. A very dangerous aircraft, but to who, the enemy or the Orks who pilot it. Whilst the Wazbom Blastajet shares many aspects in appearance to the Ork Bommer craft, it is kitted out with even more gadgets and gizmos as the Ork Meks are so obsessed with creating even more destructive vehicles. With weapon options such as the Smasha Gun, twin-linked supa shoota turrets and Kustom Mega-kannons it will make quick work of any target and with a stikkbomb flinga to send out chaff flares or a kustom force field generator it can evade in coming enemy missiles attacks.

A new age of airborne onslaught has begun!

This multi-part plastic kit allows you to build a Ork Wazbom Blastajet fighter for your Orks forces in games of Warhammer 40,000. 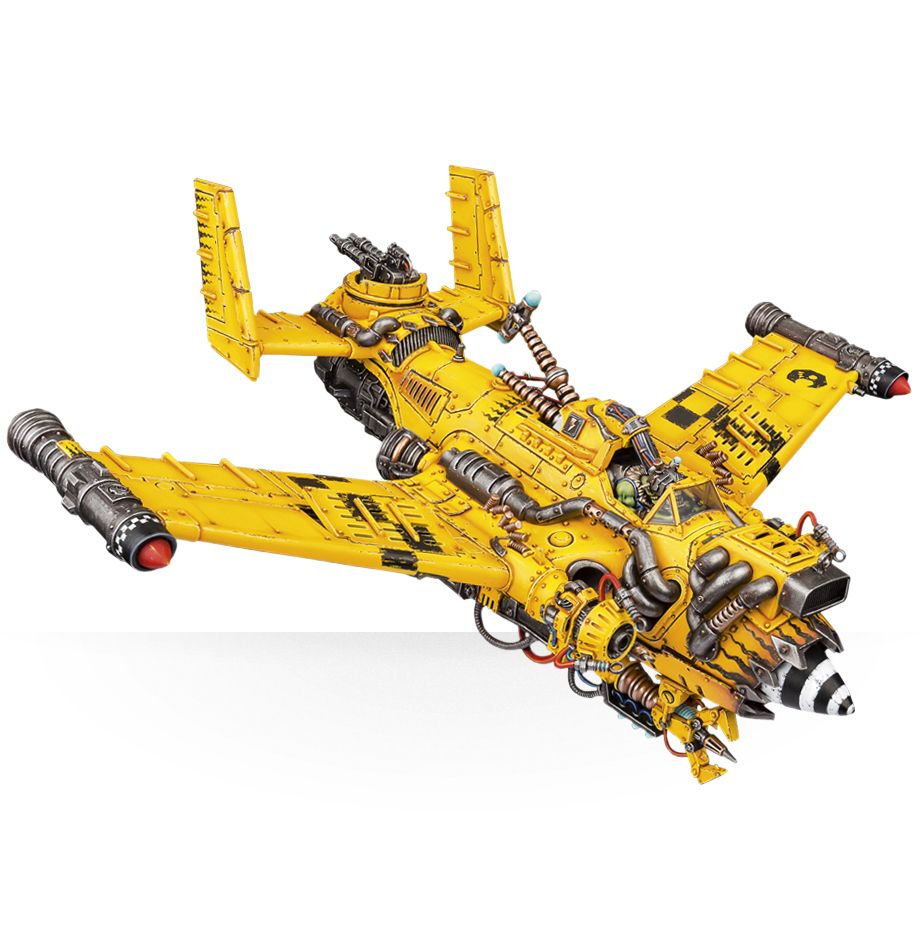