From the Mountains of the Maelstrom come the legendary Thunderwolves, hulking beasts with jaws so strong they can chew through steel. There are several known instances of senior Space Wolves tracking down and â€˜breaking inâ€™ Thunderwolves, and this practice, thought to be an initiation ritual into the upper echelons of the Wolf Guard, has given rise to the near-mythical Thunderwolf Cavalry - a small but dauntless elite within the ranks of the Wolf Guard who remain absent from any official Imperial records.

This multi-part plastic boxed set contains 121 components with which to build three Thunderwolf Cavalry models. This set comes with a selection of weaponry, including a frost blade, a power fist, a thunder hammer and three storm shields, as well as optional extras such as grenades, holstered bolt guns, bolt pistols and a choice of six different heads. 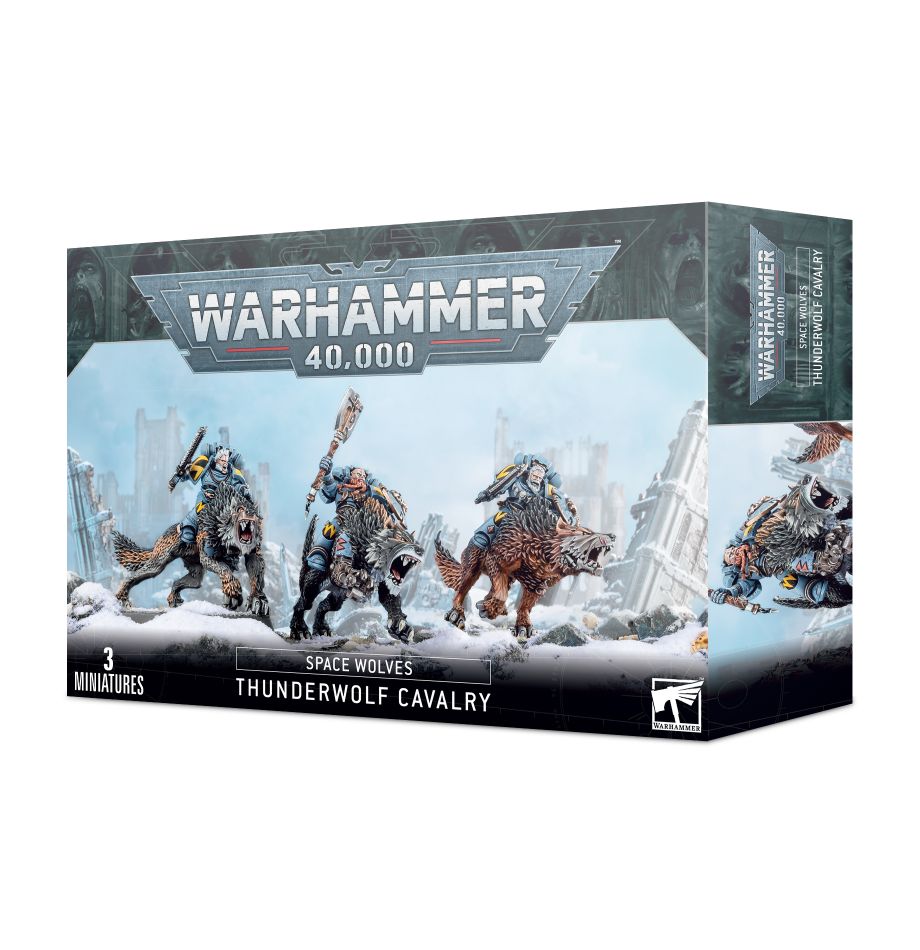