Whilst many of the Elves of Eriador settled in one of the many havens, Gildor Inglorion chose to make his home in the wilds of the north. As these lands are not the safe place they once were, Gildor has made it his duty to keep a watchful eye out for travellers in these lands in order to guide them to safety. In fact, Gildor's gifts are well-suited to this task – he and his kin are swift of foot, quick enough even to keep up with a horse over short distances.

Arguably the greatest warrior who resides in Rivendell, Glorfindel's skill and swiftness with a blade is unmatched by any Elf in the Third Age, including Lord Elrond. Even the dreaded Nazgûl recoil from the mighty Elf lord and dare not face him openly, opting only to challenge him when all nine of them are united as one under the command of the Witch-King.

Frodo and his Hobbit companions encountered both of these powerful Elven Heroes on their journey to Rivendell. Glorfindel rode atop Asfaloth with great haste from the Last Homely House to aid Aragorn in leading the Hobbits to safety, so is depicted wearing light travelling clothes rather than full armour. 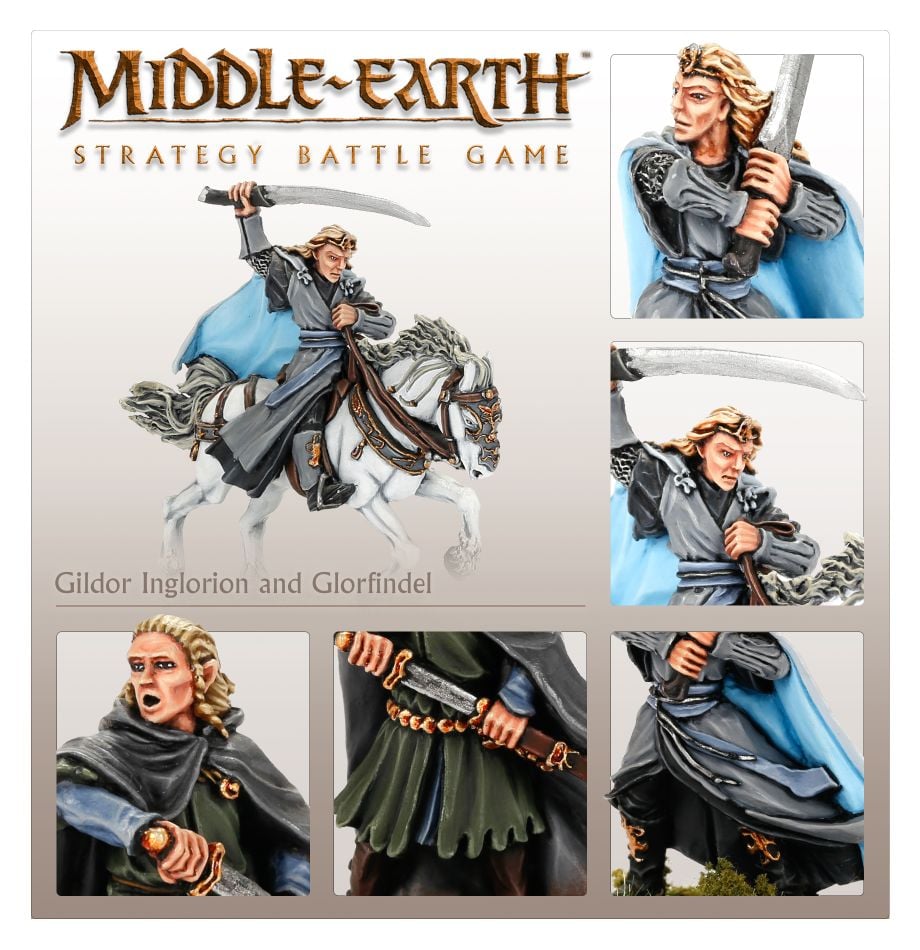