One of the most trusted captains and skilled archers in Lothlórien, Haldir is tasked with defending the woodland borders. It was Haldir that led the Galadhrim to Helm's Deep to honour the alliance that once stood between Men and Elves – a noble act, but one that would ultimately claim his life. His sacrifice was not in vain however, as the forces that were brought to the Hornburg no doubt provided incalculable aid in the defence of the great fortress.

As Marchwarden of Lothlórien, Haldir is a deadly adversary with both blade and bow. As such, he makes an excellent leader for your Galadhrim warbands, be they warriors or archers.

The set contains two metal miniatures, each supplied with a Citadel 25mm Round Base. His rules can be found in the Armies of The Lord of the Rings™. 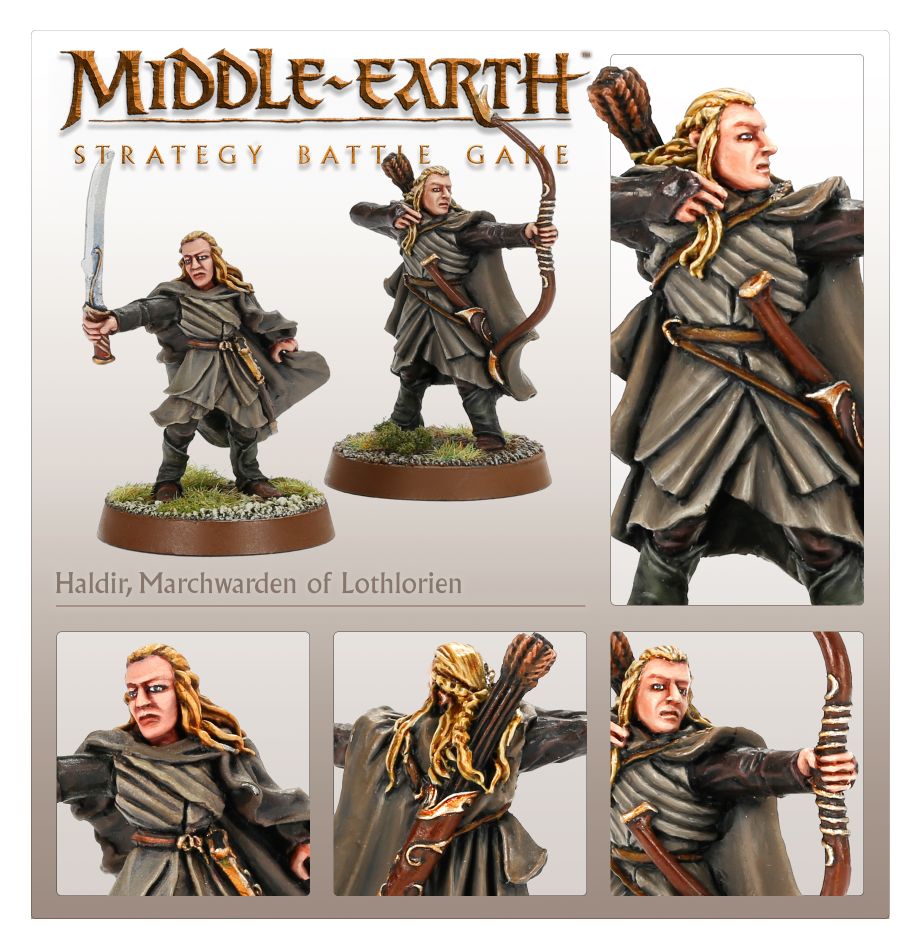