The Ringwraiths, The NazgÃ»l, The Nine, The Black Riders â€“ all are names for the terrifying undead servants of Sauron. Once they were the kings of the races of Men who were gifted rings of power by Sauron. However, they became corrupted by the power of the Dark Lord and fell into nothingness, their bodies faded and their minds twisted by malice and cruelty. They now serve Sauron unwaveringly, for they are utterly enslaved to his will.

The Black Riders comprise nine of Sauronâ€™s most powerful servants. Whether leading warbands of the Dark Lordâ€™s minions or riding together as they did in search of the Ringbearer, each Ringwraith is a formidable opponent, and none more so than their leader, the Witch-king of Angmar.

The set contains three metal miniatures, each supplied in three components and with a Citadel 40mm Round Base. Their rules can be found in the Armies ofÂ The Lord of the Rings, and they can even be fielded as the Black Riders Legendary Legion using the rules in the Quest of the Ringbearer supplement. 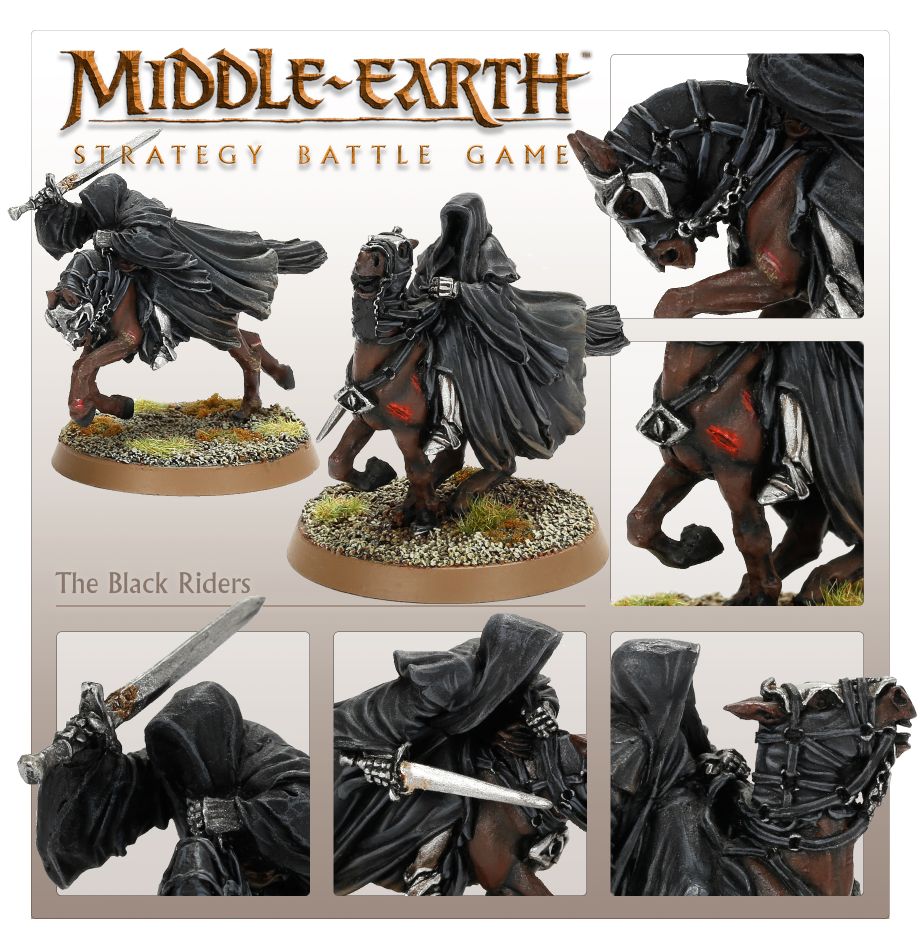