Ahead of the bands of hunters range Mauhúr’s Marauders, the swiftest and most eager of Isengard’s scouting Uruk-hai. Mauhúr is the leader of these warriors, and his reputation has been built upon his speed and berserk fury in combat. With two scuffed and battered swords he unleashes an avalanche of hacking, slashing blows. No sooner has his first foe fallen, then he sets off after another, his baying war cry carrying ahead of him on the wind.

Among the captains that lead the Uruk-hai Scouts, Vraskû is the best shot. Equipped with a modified crossbow in recognition of his prodigious skill, he can loose the powerful bolts with a speed and precision unlike any other Orc. Perhaps Vraskû’s most distinguishing trait is his utter ruthlessness. He will shoot at his target, regardless of other Uruks in the way, and such is his prowess – with both blade and crossbow – that none dare gainsay him.

These Uruk-hai Heroes are amongst the most fearsome of their kind.

This set contains one resin miniature (Mauhúr) and one metal miniature (Vraskû), supplied with two Citadel 25mm Round Bases. 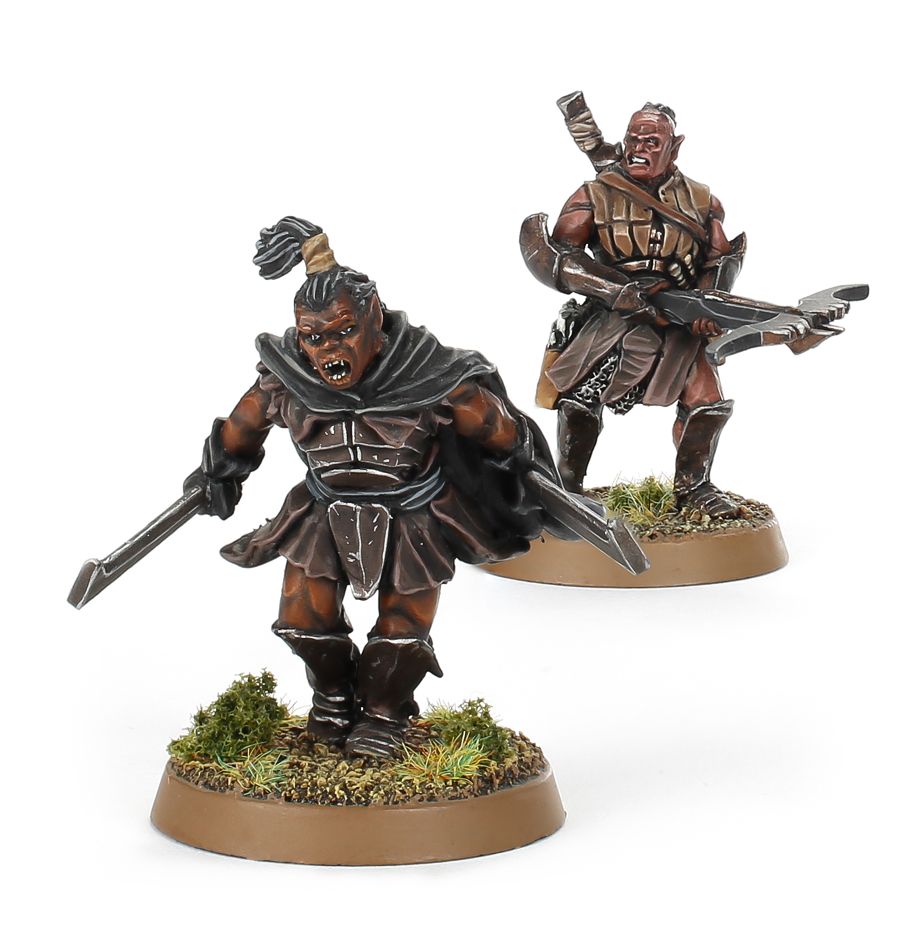