William Wallace is a recreation of the Scottish war hero that ALEPH created under the "Adialid" program - a secret program supported by both Yu-Jing and PanOceania to exacerbate the indepence conflicts of Caledonia, a tumultuous region of Ariadna. The plan did not work out, as the Caledonian war hero lost his memory and all of the systems dependent on ALEPH were corrupted. Now he is just not a symbol of Caledonian independence - he is a relentless warrior that puts an end to everything that is put in his path." 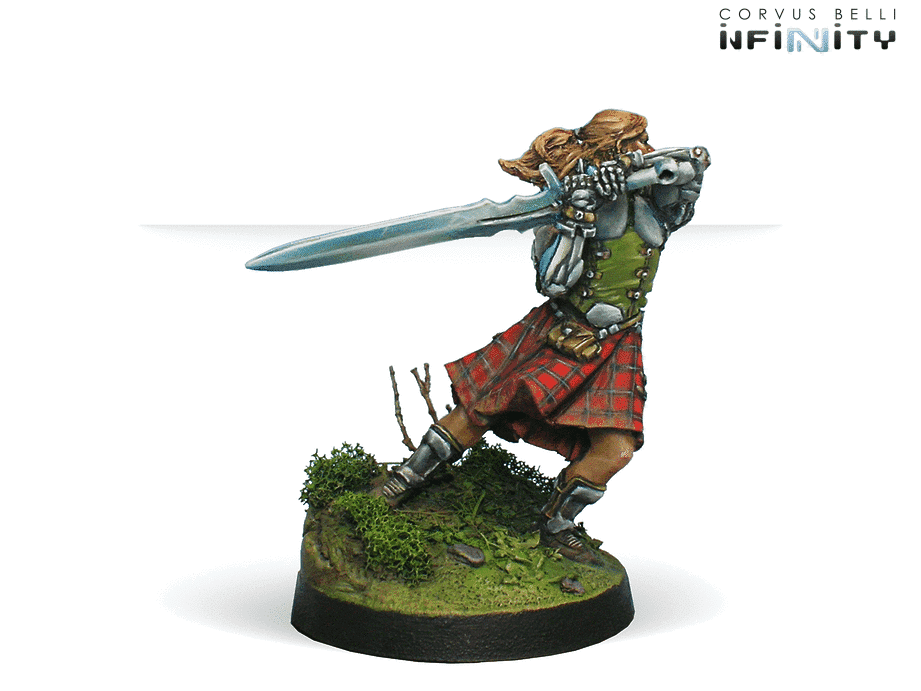